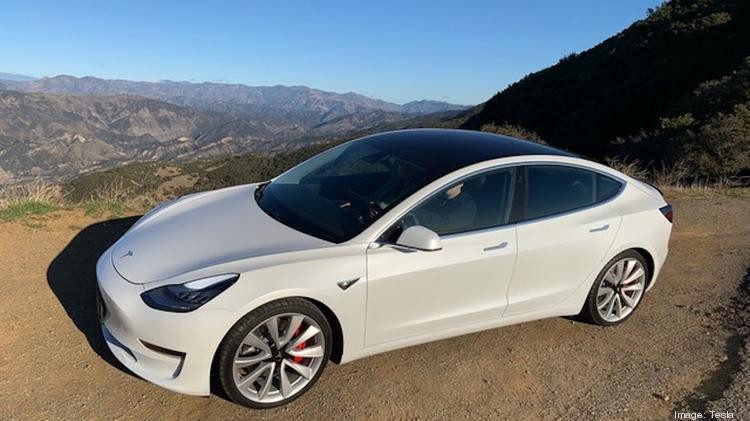 Tesla is opening its first dealership in Kentucky, according to a filing from Louisville Metro Planning & Design Services.

The 30,970-square-foot facility will be located at 11701 Gateworth Way, off Old Blankenbaker Road in Middletown. Another dealership in the area is Enterprise Car Sales down the road at 815 Blankenbaker Parkway.

The estimated amount of jobs, opening date and cost of the dealership is unclear. Tesla representatives did not respond to a request for comment.

‘I’m not allowed to say anything,” Hauser said. “The pieces of the puzzle are pretty obvious.”

This location was formerly occupied by Bluegrass Harley-Davidson, which is opening a new dealership at Terra Crossings Boulevard near Old Henry Road. As we previously reported, it'll be upgrading to a roughly 33,000-square-foot building inside a development owned by Jefferson Development Group at 13508 Factory Lane.

The filings show there are also plans for the property at 11715 Gateworth Way, which is currently vacant commercial land. That area will be used to expand parking at the dealership.

Both locations are owned by Bennett Realty LLC, per the Jefferson County Property Valuation Administrator website. They were purchased back in 2013, and they have a combined value of $4.8 million as of 2017.

Tesla, founded in 2003, is headquartered in Palo Alto, California. It'screated a number of different energy-efficient vehicles, from semi-trucks to sedans, and their most recent product is the Cybertruck, which is planned to be released in late 2021, according to its website.