A third Jaggers restaurant is coming to Louisville 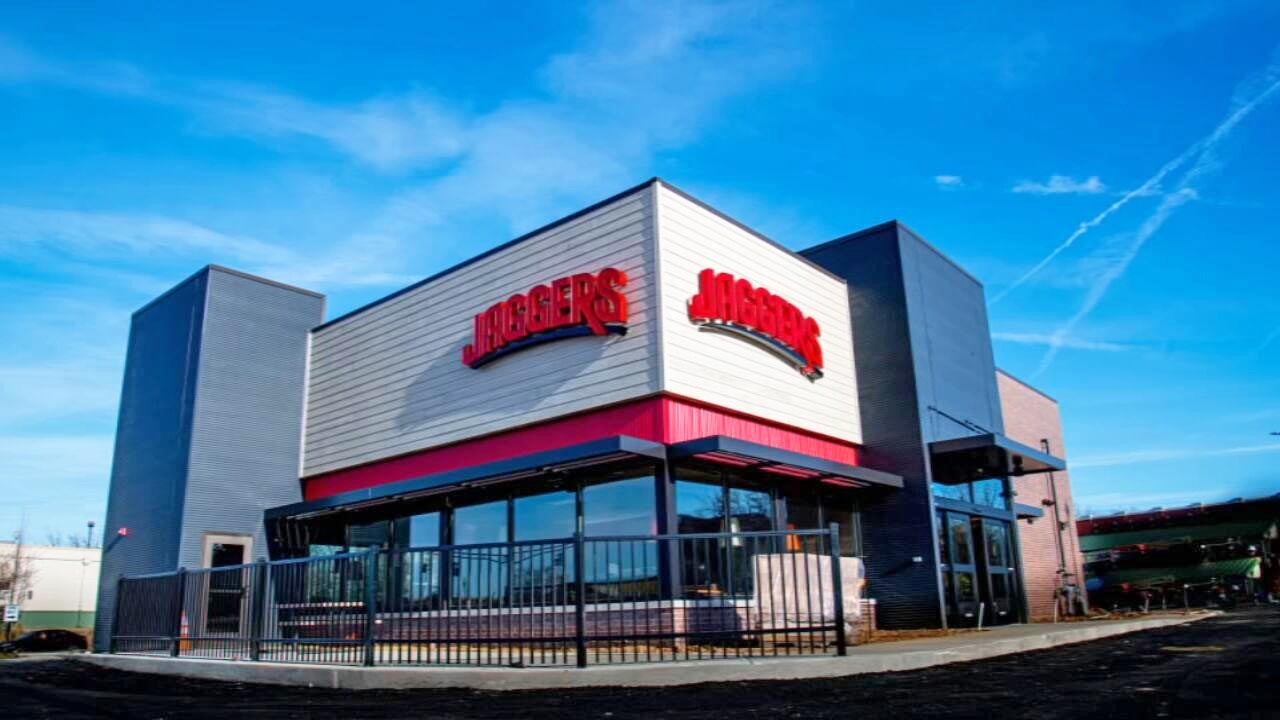 A third Jaggers restaurant is coming to Louisville

A popular fast-casual chicken and burger chain is planning to open a third Louisville location in Middletown later this year.

Jaggers is the latest concept to come from Texas Roadhouse Inc. (Nasdaq: TXRH) that was conceived by the company’s late founder, Kent Taylor. The first two Jaggers restaurants launched in Noblesville, Indiana, and Indianapolis in 2014. There is also a Jaggers location in Greenwood, Indiana.

Texas Roadhouse opened the first Louisville Jaggers at 6464 Dutchmans Parkway, near the company's headquarters, in late 2020. The company announced in March that a second Louisville location for Jaggers would be built at 10690 Westport Road in the parking lot of Aloft Louisville East.

The third Louisville Jaggers will be located at 13712 Shelbyville Road in The Villages of English Station, just down the street from Texas Roadhouse's Middletown restaurant.

The 3,081-square-foot eatery is being built from the ground up on a 1.3-acre parcel near PNC Bank. It will cost more than $3.2 million to construct and will employee 60 people when it opens.

Travis Doster, vice president of communications at Texas Roadhouse, said he expects both new Jaggers locations to be finished by the end of the year.

The design and construction of both restaurants is being overseen by Georgia-based GreenbergFarrow. The firm has worked with Texas Roadhouse since 2004 on the architecture, engineering and development of its restaurants.

"Both the new locations will have a double drive-thru," Doster explained. "The new [Shelbyville Road] location will be a dine-in. The one over here by our office is actually dine-in too, but the dining room has just been closed.

"It's a single drive-thru, and that is a challenge in that parking lot. So, we do plan to reopen the dining room. Right now, honestly, the inside we're using for some storage."

Doster said the Shelbyville Road location should attract customers from as far away as Simpsonville, Kentucky.

"Roadhouse was one of the first ones in the Middletown shopping area," Doster said, noting that the company usually chooses locations in high-residential areas that have visibility from the highway. "We think that Jaggers is so well situated, when you think all the way out to Simpsonville in that area, that it's an untapped market and they're still building out in that area. And we think maybe there's an opportunity to avoid some of the congestion in some of the other areas."

Doster said all of the Jaggers locations in Louisville will be company-owned stores.

Texas Roadhouse signed its first franchise agreement in September 2021 with Dallas-based Saxton Group, one of the largest McAlister’s Deli franchisees, to open Jaggers locations in Texas and Oklahoma. Doster said the company also signed a franchise agreement with a group in North Carolina at the end of last year.

"The Saxton Group has found a location in Longview, Texas, and that will be our first franchise location," Doster said. "The other group in North Carolina is in the site selection phase."

Texas Roadhouse is one of Louisville's largest publicly traded companies with more than 670 restaurants worldwide, including its Bubba's 33 and Jaggers brands. The company had a revenue of $987 million in the first quarter of 2022, a 23% increase over the comparable period last year.