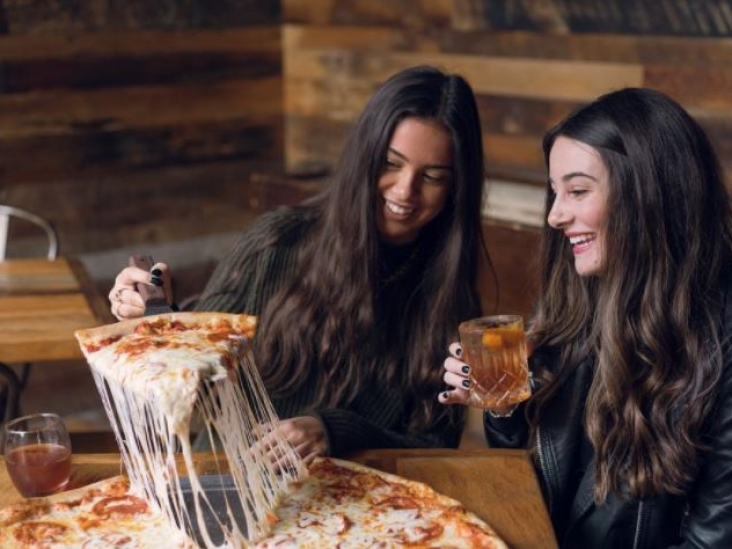 A pizza joint 10 years in the making is finally underway in the Highlands.

Construction has begun on Goodfellas Pizzeria, a Lexington-based restaurant, at 650 Baxter Ave. in the mixed-used development, The Baxter, said co-owner Alex Coats.

He and business partner Eric Boggs wanted to expand to the Derby City because of its proximity to Lexington and the avid support the restaurant has already received here.

“(Louisville) is a tough market for pizza too,” Coats said. “There’s so many pizza operators. But we just have such a following and requests to come to Louisville.”

The pair had looked at NuLu, Downtown and other prime restaurant locations, continuously finding hurdles that hindered the process. They had actually picked a spot at the former Bater's gas station near the Baxter and completed all the designs and approval processes but problems arose with the landlord.

“We talked to The Baxter across the street, and they were like ‘We want you. We’ll do whatever we have to do to make it happen,’” Coats said.

The pizza joint will be a quick service restaurant with a walk-up counter. Coats said it will be an evolving dining experience where customers are always moving around. Goodfellas will take up 6,500-square-foot space in the complex and feature a 2,500-square-foot patio area. The restaurant will offer an indoor-outdoor bar, bocce ball court, pool table and classic arcade games.

“It’ll be an energetic environment,” Coats said. “People are always moving, walking to the bar to get something new as opposed to traditional dining.”

Most of the Goodfellas Pizzeria properties are in historic buildings, so this is the first new build the restaurant is occupying. Coats said they couldn’t turn down the prime location, so they plan to bring in features of an older building to make it feel special.

Coats said the restaurant will have synergy with the other businesses on the block. This development also houses Shred415 and Carali’s Rotisserie Chicken. With Hi-Wire Brewing and The Baxter apartments nearby, Coats said the corner will be a good environment for the residents of the Highlands and Louisville in general.

Another feature of that spot is it comes with 100 free parking spaces, which can be a concern for that area. Coats thinks available parking will be a big draw for customers

The property is leased by TRIO Commercial Property Group's Justin Baker and Theresa Carnes. Drawing Dept., a Cincinnati-based architecture firm, will be designing the interior while Gilliatte General Contractors, out of Indianapolis, will do the construction work.

Coats and Boggs started the business in 2006 in Lexington. Coats said as a kid, he would travel to New York frequently and can always remember the New York-style pizza. That’s why they decided to create Goodfellas with an Italian mafia theme.

Keeping the theme in mind, the pizzeria will offer a hidden speakeasy concept in the restaurant called the Wiseguy Lounge.

Goodfellas Pizzeria has a hidden speakeasy concept called Wiseguy Lounge within its restaurants.

“In almost all of our Goodfellas restaurants, there’s a speakeasy concept,” Coats said. “What better way to complement a New York pizza joint [than] with a pre-prohibition style cocktail and whiskey lounge.”

The lounge will focus on bourbon with a private barrel selection. Coats said they intend to have 300 to 400 whiskey bottles on site as well. When it comes to cocktails, the restaurant takes a culinary approach, offering unique and evolving cocktail menu. It’ll have a selection of rare craft beers as well with about 10 to choose from on tap.

Coats said customers can find the speakeasy through an unmarked tunnel going past the restrooms. There will be street access as well, but no signage on the door.

The pizzeria has locations in Lexington, the Cincinnati area, Indianapolis, Bloomington, and Chattanooga, Tennessee, with nine in total. Coats said when looking to grow the concept, they like to take a conservative approach. The restaurant has not franchised, but instead moves employees up within the company until they reach manager status and can operate a restaurant in a new city.

Coats said they are hoping to have the restaurant open by Dec. 31, allowing for a large New Year’s Eve party grand opening.