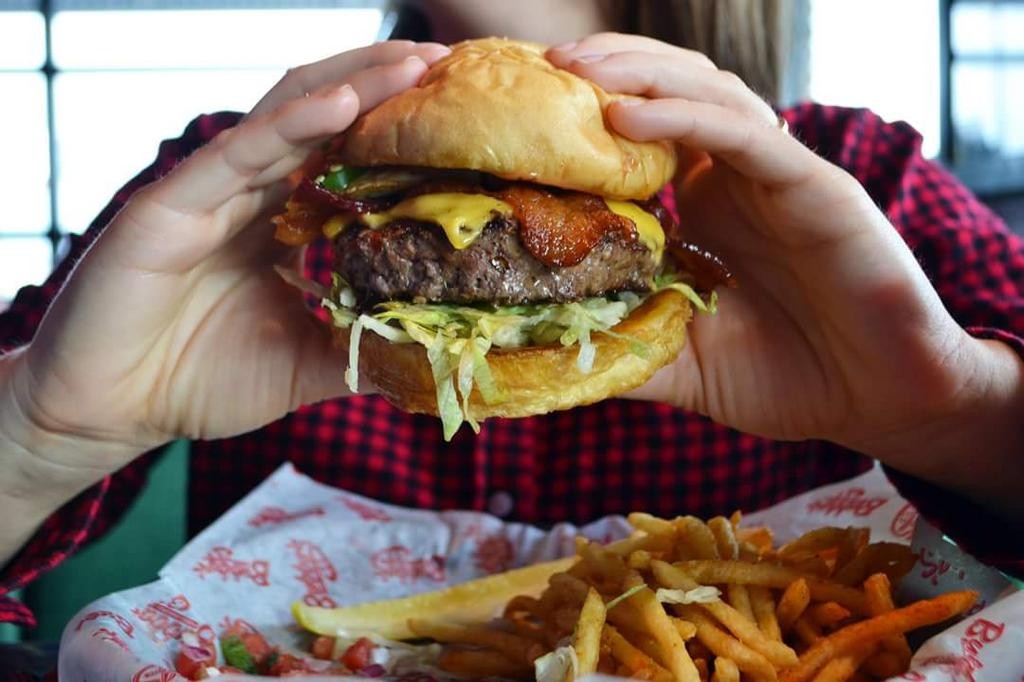 A recent proposal shows a new restaurant, with ties to one of Louisville's largest public companies, is coming to a developing shopping center.

The plan calls for a 7,575-square-foot restaurant at 10435 Southpointe Blvd. It also has a 1,500-square-foot space set aside for outdoor dining, the plan shows.

The restaurant, which takes its name from Texas Roadhouse founder Kent Taylor's nickname "Bubba," specializes in burgers, pizza, wings and more. It also has a selection of draft beers, mixed-drinks and other alcoholic and non-alcoholic beverages, according to its website.

The website for Bubba’s 33 already shows the Fern Creek location, noting it will open in December. The only other Bubba’s 33 in the Louisville area is in Clarksville, Indiana.

I’ve reached out to Bardstown Capital Corp. and Texas Roadhouse, and this story could be updated.

The restaurant appears to be plotted across the parking lot from Hy-Vee. The Iowa-based grocer announced earlier this year it would build a 150,000-square-foot store in the retail center, slated to open in 2023.

The $80 million SouthPointe Commons project was first proposed back in 2008 and has since faced several delays. It's planned for a 48-acre site in Fern Creek owned by SouthPointe Partners LLC. The project comes from local developer Bardstown Capital Corp., led by Frank Csapo.

We previously reported the developer broke ground on the project in 2017, and its first tenant, Lowes Home Improvement, was named in 2018 as an anchor in a 160,000-square-foot space in the shopping center. The project will total 363,000 square feet when finished.

Texas Roadhouse Inc. has an annual revenue of $1 billion, according to its second quarter earnings report. The company has 37 Bubba's 33 locations across the Midwest and South, and nearly 680 restaurants in total.

Along with Bubba’s 33, Texas Roadhouse owns fast-food chain Jaggers. We reported in July a third Jagger’s is proposed in Louisville at 13712 Shelbyville Road.