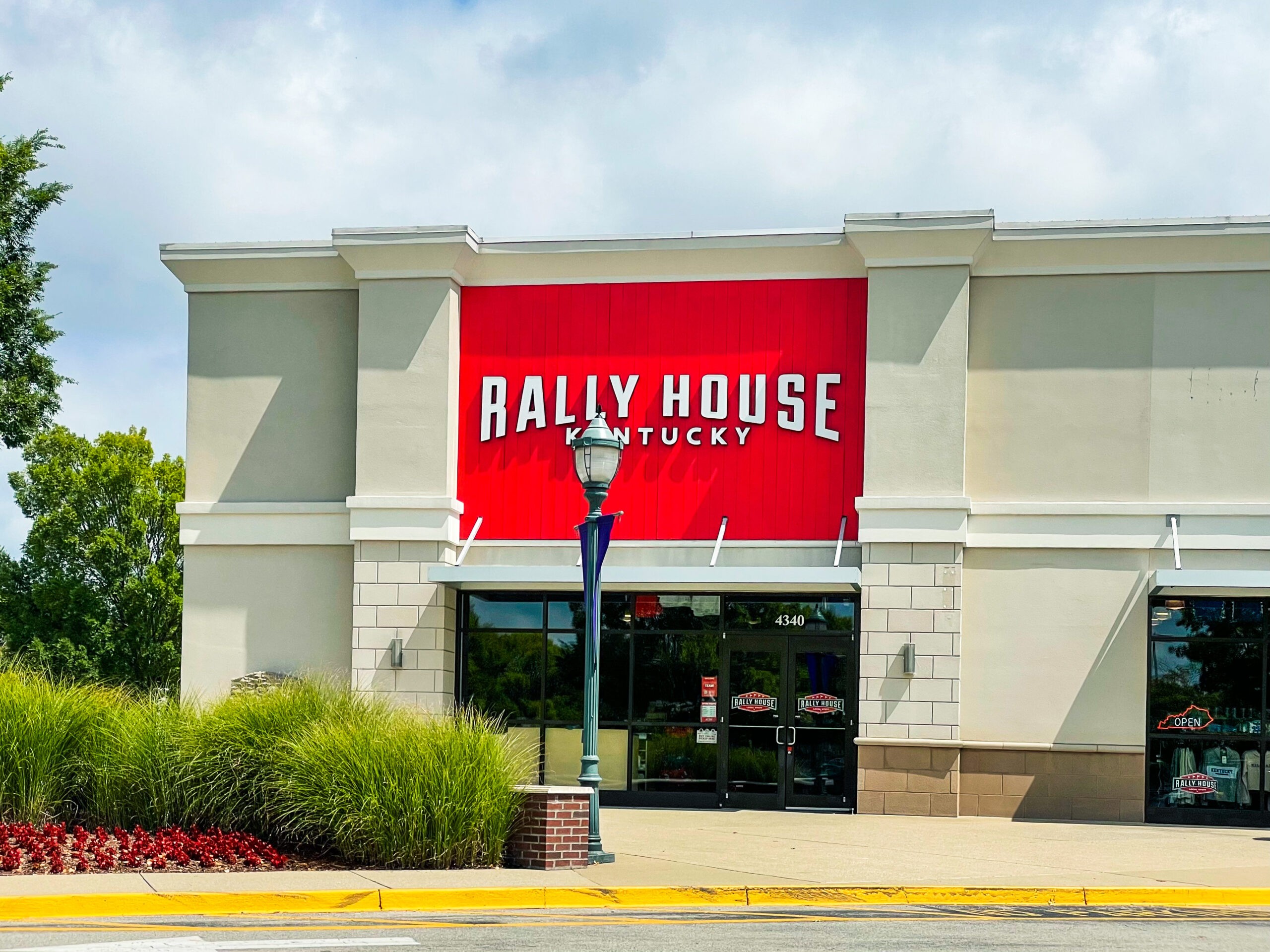 Rally House, a sports apparel retailer, has opened a third area location — this one at the Paddock Shops on Brownsboro Road.

Rally House was introduced to the Louisville area earlier this year, adding stores at the Outlet Shoppes of the Bluegrass and Mall St. Matthews. The Paddock Shops store is located just beside Bed, Bath & Beyond and near Total Wine & More. The company celebrated its grand opening at the Paddock Shops on Friday.

"The team is pumped to open our doors to even more enthusiastic fans around Louisville," District Manager Teri Hauenschild said in a news release. "And we're confident these customers will be equally excited to shop one of the best selections of team gear and localized products around the city."

Visitors can shop team gear for the Kentucky Wildcats, Louisville Cardinals, Cincinnati Reds, Cincinnati Bengals and several other clubs, the release said. Plus, all these team collections include popular brand names, such as New Era, Nike, and Mitchell & Ness.

Rally House has locations spread throughout the Midwest, South and Northeast, according to its website.

Rally House debuted at the Outlet Shoppes in April and added the St. Matthews location in June.

Rally House and Sampler Stores Inc. is a family-owned specialty boutique that offers a large selection of apparel, hats, gifts and home décor representing local NCAA, NFL, MLB, NBA, NHL and MLS teams in addition to locally inspired apparel, gifts and food. The company is based in Lenexa, Kansas and operates 125+ locations across 13 states.